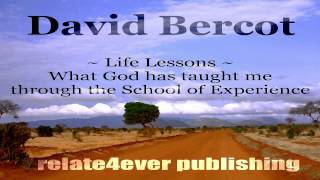 The Kingdom of God

In this message, David Bercot explains what the kingdom of God is, why it was the theme of Jesus’ and the apostles’ preaching, and what difference it makes in the life of a Christian when we understand the Kingdom of God.

What The Early Christians Believed About the Two Kingdoms

The average Christian today has never even heard of the doctrine called “the two kingdoms.” Yet, it is a fundamental doctrine of Christianity that concerns our relationship with the governments of this world. Without understanding the concept of the two kingdoms, we cannot really embrace apostolic Christianity. Bercot discusses the New Testament teaching on this subject and quotes heavily from the early Christians.

What The Early Christians Believed About Baptism

What the early Christians believed about baptism and how the Scriptures support their beliefs.

What The Early Christians Believed About War

Of all the evils that plague mankind, war is perhaps the greatest. In the past century alone, war claimed over 70 million lives. Yet Jesus taught His followers to love their enemies. He said, “All who take the sword will perish by the sword.” Paul wrote, “For though we walk in the flesh, we do not war according to the flesh.” Does this mean that Christians cannot go to war against their enemies? How literally did the early Christians take Jesus’ teachings?

What The Early Christians Believed About Eternal Security

Once a person has been saved from this world, can he or she lose their salvation? Or, to put it another way, is salvation a “once and done” operation, or is it conditioned upon an abiding obedient relationship with Christ? When a person receives Christ, does he receive pre-forgiveness for every sin he may commit in the future—or does he receive forgiveness for past sins? Bercot explains what the early Christians believed about those questions.

It’s easy to pull proof-texts from the New Testament to supply a variety of answers to those questions. But what do we discover about a believer’s security when we look at every verse of the New Testament? The early Christians did that very thing. They looked at every New Testament passage, and they had a uniform understanding of what the New Testament teaches about eternal security. All believers owe it to themselves to know what the original, historic teaching of the church was on this vital subject.

Life Lessons Through The School of Experience

The Five Laws of the Kingdom (Trailer)

After sunset the day ends? We begin a new week on Saturday evening then?
Even if night is for resting we may also pray all night to conclude fasting day(s)?
How we can have communion at any of our meals?
Why we remember the new covenant of Christ by bread and grape juice?

How do you see the kingdom of God coming in Romania?

When more households will fulfill the will of the Lord?

Will we the people hold accountable each other in Bible study?

Can you pray for the 3000+ official locations across this land? 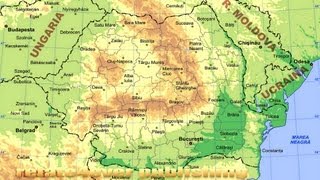 Relate4ever Publishing
Create a free website or blog at WordPress.com.